In Pursuit of Nirvana

While taking a look back at my previous year’s accomplishments, visiting Yosemite (actually revisiting for the fourth time) stands among the top few. Yosemite – a giant, powerful, stronghold of nature that has a place for one and all to accommodate under its serene wings and tranquil feathers. When people visit the West, San Francisco, Los Angeles, Las Vegas, Seattle, Portland etc. are few of the important cities that receive the attraction in abundance. My personal preference is to be as close to nature as possible during my vacations. So, my most travelled-to destination was Yosemite last year. Not because it was close or easily accessible, but the hikes, camping and most important, waterfalls make it worth always. Yosemite has a different look in every season. My first visit of 2016 was in February when it had just stopped snowing.

We started travelling from San Francisco on February 15th morning. Early morning fog, a hot coffee, and an image of the beauty of Yosemite was all that made the travel time seem shorter. As we left the city, heading towards the High Sierra, there were beautiful green fields with huge windmills that constantly keep reminding you of what is in store for this amazing journey. It is about a 3.5-4 hour drive depending on the traffic and the stops you make on your way. En route to Yosemite Valley, after Oakdale, there were beautiful private farms for bee culturing. These farms had significant white-pale pink leaves and look much alike as the cherry blossom. They accompany you along the way to as much as the Chinese Camp. 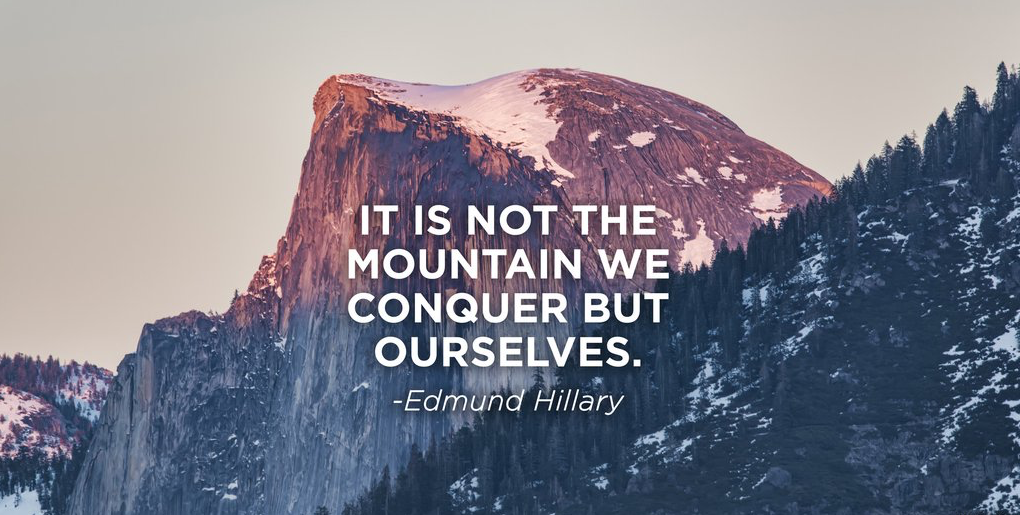 One thing to keep in mind while travelling to Yosemite is the poor cell network coverage and hence I recommend downloading the maps in advance. The signs on the road were pretty clear to guide you till the valley. After having a stop for breakfast, then Walmart for quick food for the next day, and some traffic, we reached in the afternoon. It was a super impromptu trip decided the previous night, so it was difficult to find a place to stay. Camping in February is not that warm in Yosemite. Luckily for me, I found a heated tent at the Curry Village (now called as the Half Dome Village) for a night’s stay. We checked into our tent and explored the village, finding a pizzeria for dinner. The thing about Yosemite is that there are only a few hotels in the valley area. These hotels/campsites/tented rooms are usually pre-booked months in advance. I strongly suggest planning your trip in advance and making sure of the weather patterns every year while planning the trip. This would at the very least save you huge bucks. Also, I highly recommended taking heated tents during the winter and early spring months. It gets really cold in the night.

February for Yosemite may be inconvenient for many as many roads/passes are closed due to the snow. Also, many of the waterfalls are frozen and hence closed. One of the main attraction in February though are the Horsetail Falls. There are photographers from all around the world to capture the serenity of those falls which last only for a week. The sun’s rays fall on the waterfall exactly in a way that makes it appear lit, wild as a fire. 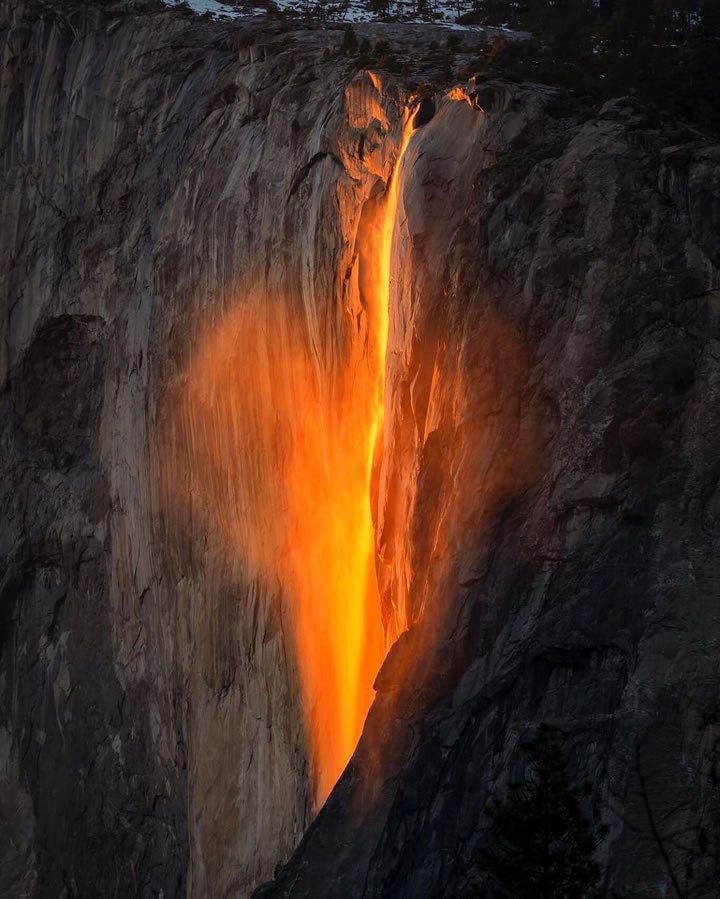 This phenomenon lasts for only a week at most depending on the weather. Horsetail Fall tumbles down the eastern face of El Capitan, and it’s visible from several viewpoints along North-side Drive, South-side Drive, and the Merced River. The best time to view these falls is in the evening during sunset. But I highly recommend reaching late afternoon to secure a spot for viewing these falls as it gets really crowded later on. This gives an ample amount of time to go around and scout for good places to photograph from.

The next day, we had scheduled a hike for the Upper Yosemite Falls. 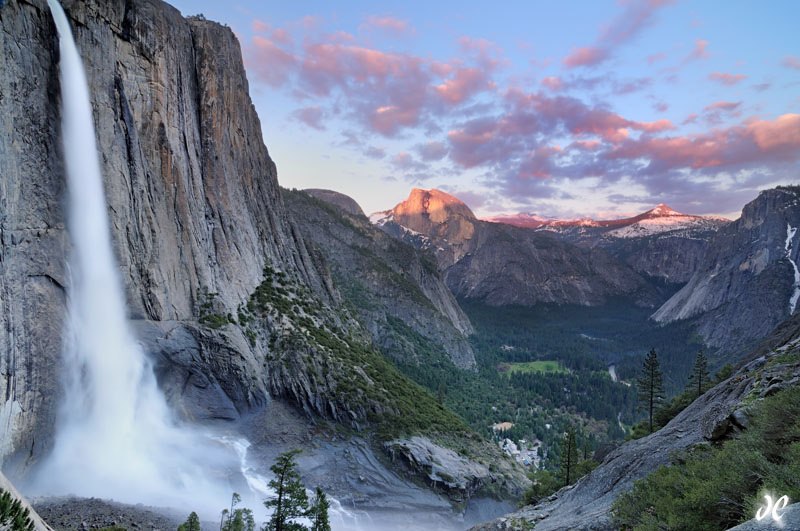 It is around a 9-mile hike one way and takes almost 3-5 hours on average. The view from the Upper Yosemite Falls is magnificent and it relaxes the body from the long hike. The hikes make you realize how tiny we are in front of the giant granite mountains that don’t slumber nor does it bend for anyone. It enlightens us that time and again, nature prevails over the artificial beauty that man can never match.

Also, it is not that everyone is interested in such a big hike. Hence, the Lower Yosemite Falls serve the purpose with a short 1-mile round, handicap accessible paved road hike. The entire Yosemite Valley boasts of the Yosemite Waterfall which is the largest waterfall. 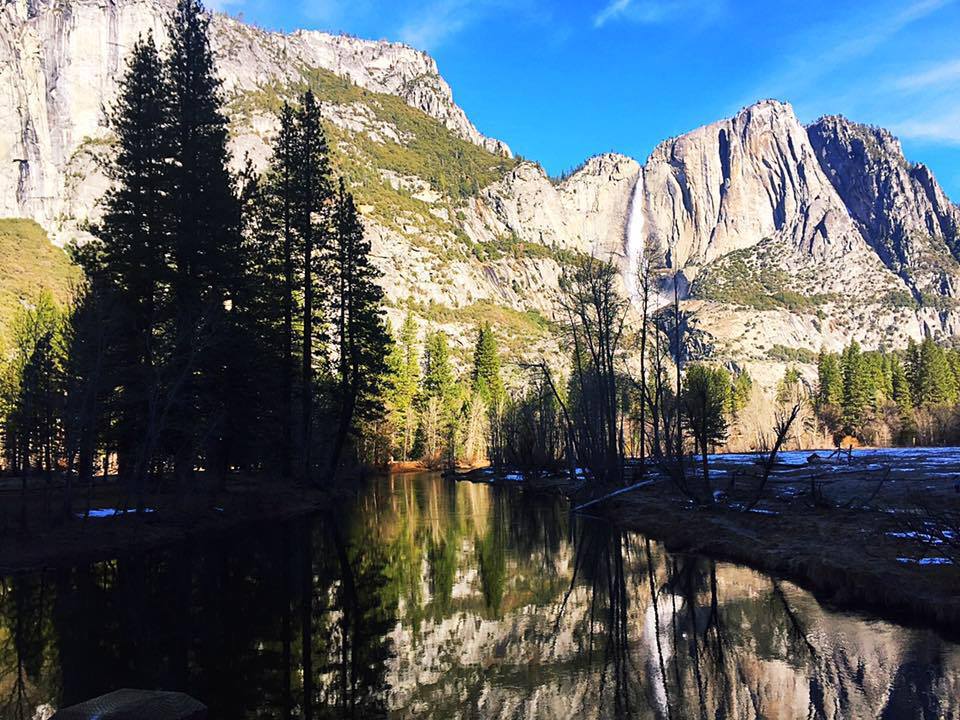 The next on agenda was to drive down back to San Francisco as it was the end of the trip and back to work time. I, personally don’t like to rush through the place/area, I’m travelling to. I believe that time has a different aspect of a travel. At times we forget, every second that passes is a new second that we breathe and live in. Rushing to cover as many places in a short span of time makes your mind analyzing and thinking more about the future agenda. This makes your mind tired, weary and lost in planning and then executing the future. Rather makes short, repetitive trips to explore the same place all over again. But also, travel as much as you can!

It doesn’t take more than a few seconds to embrace all that and more Yosemite has to offer. And Yosemite is truly worth that time and effort.

See you again, with another small yet distressing, thought-provoking trip. Hope you enjoyed it. – 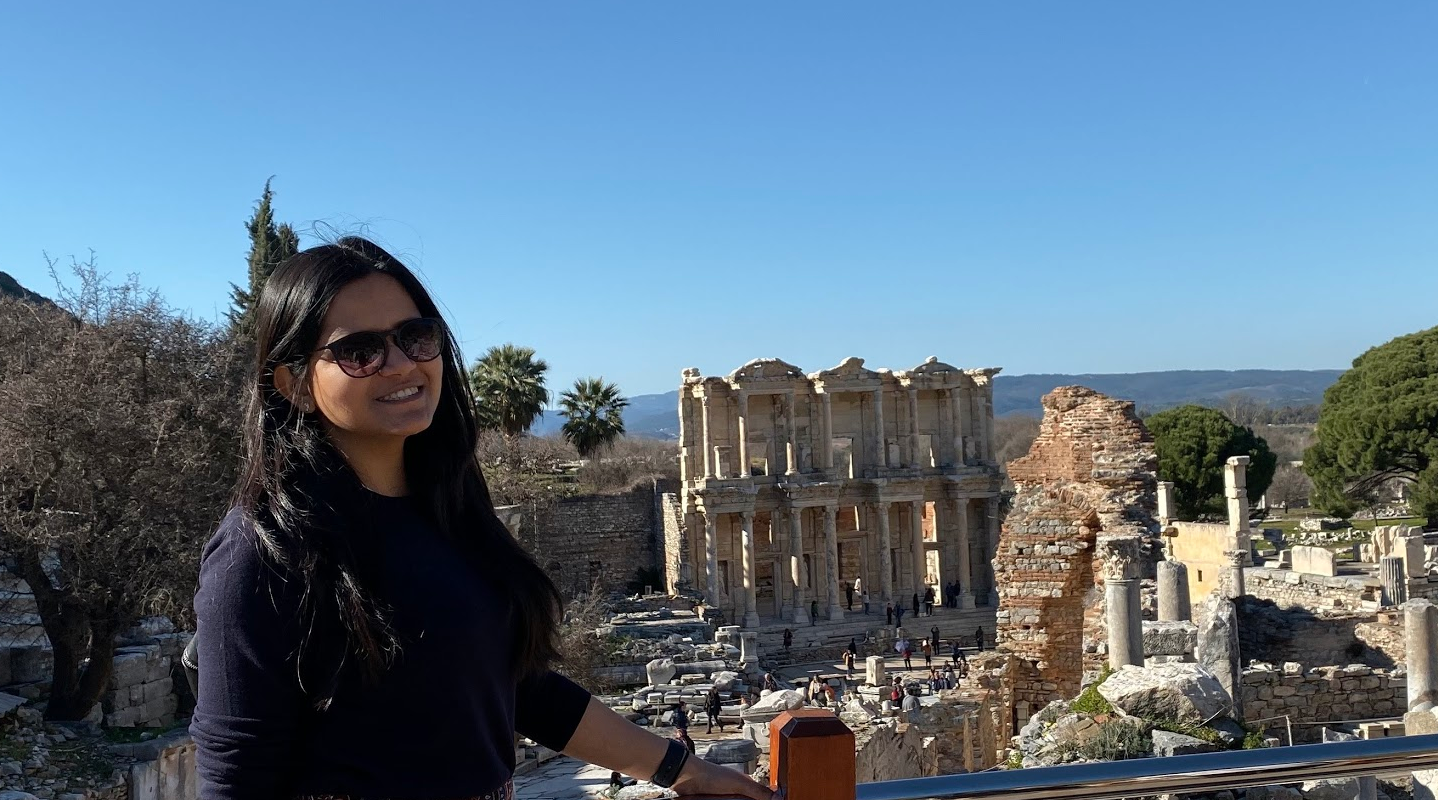 Hey there!
Let me tell you a little something about me: I’m an Engineer by profession but was bitten by the travel bug a long long time ago. I always talked about writing about my adventures and this is as good a time as ever to start! I also wanted to share my love for traveling with all the other wanderers out there and maybe help you guys plan your next big adventure. The world is shrinking and it is possible to go all over and speak to different people and be a part of something that you never thought you could be. I have been able to be a part of a few of these adventures and I'm here to share my thoughts with all of you out there. Hope you enjoy reading the blogs and my travel escapades.

Thanks for tuning in!